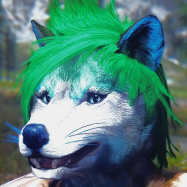 By StarFoxfan-FUR_ever, November 2, 2014 in The Lounge