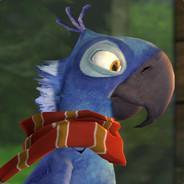 Steam Overlay not properly working in games that use OpenGL 1.4 and higher

Okay, ever since the Steam Client Update about a week or so ago, my Steam Overlay has refused to properly appear in games that
use OpenGl 1.4 or above (Such as Angry Birds and Geometry Dash), and some games that use DirectX 9 (Super Hexagon, Five Nights At
Freddy's). What happens is I launch a game, the little message that says 'Access the Steam Community while playing' should appear,
but doesn't. However, when I press Shift+tab to switch to it, the screen slightly tints grey, like it always does when I use the
Overlay. This makes me think that Steam is conflicting in some way with the affected games. I was able to use the Steam Overlay just
fine until the Client update, so does anyone know why this may be?

In case this info helps, I am using an NVidia Geforce FX 5500 (With 256Mb of VRAM and OpenGL 2.0.1 support), and I have all the lastest
drivers installed for it.

0 answers to this question