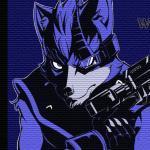 Hey everyone, so I'm somewhat new to PC gaming, having gamed on consoles most of my life. I've been wanting to get into PC gaming for a while though, but my biggest problem with it, bar the price, is the fact that I don't know what components are better than different components. I currently have a small budget of £365, and I found a PC with these specs within my price range: http://imgur.com/jbx34bK

Also, like I said, I'm now sure how good exactly these specs are. I don't expect to be maxing out(or even playing) Crysis on this new PC, but I'd hope to play Skyrim and Elder Scrolls Online at 60 fps. Will this be possible with the PC I'm considering? Do you have any advice?

32 answers to this question