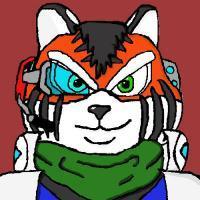 Google Chrome or the Laptop?

I've been having some computer issues for a while now.  And I think it might be Google Chrome behind it, but I want to make sure.

Ok, so sometimes, when I have chrome and firefox active at the same time(Chrome plays youtube vids better than Firefox), Chrome will straight up freeze.  To the extent I can't shut it down normally.  So I go to task manager, and I try to end the process tree as it's called.  Now, doing this with anything else will close the whole tree.  But when Google Chrome is this fubar, doing so only closes the process I clicked.  Not the entire tree.  I continue this until I reach one process that does the whole thing, except for one.  And when I try to end that one, no dice.  It doesn't work, no matter how much I click it.

Here's the thing, firefox closes and reopens fine.  It won't load sites when Chrome is fubar, but it will shut down properly.  Also strange?  My IMs work fine, no issue.  winamp streams fine too, like nothing is wrong.  Also, I can shut down my computer fine, without doing the force shut down.  This also closes out Chrome(No idea why task manager doesn't), so obviously to get Chrome to shut down and allow me to browse freely, I have to restart the computer.

Now, knowing all of this, can anyone who's a tech wizard tell me if it's my computer?  Or is it Google Chrome?  If it is Chrome, what can I do to fix it?  I know if it's the computer, I have but one or two options. (At this point, replacing the computer is cheaper than having it repaired, especially since it's over 10 years old now.)

8 answers to this question