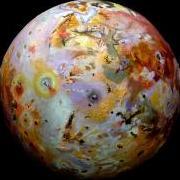 Why didn't Fara Phoenix make it to Star Fox 2?

By Wreckingcanon, July 2, 2017 in Classic Starfox