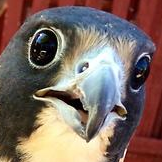 By Drasiana, June 16, 2015 in Star Fox Transformed and Guarded